Each year, CLAS hosts academic visitors—who teach, conduct research, meet with faculty and students, and engage in the intellectual life of the community—from institutions across the US and the world.

Visiting Professors are hosted through the Tinker Visiting Professorship and through the Center's institutional relationships, and teach courses in addition to conducting research.
Visiting Scholars conduct short-term research in our libraries, often in collaboration with University faculty.
Associate Members are scholars based at institutions other than the University of Chicago who reside in the Chicago area or are in Chicago frequently and can participate in CLAS activities.

Nominations for Visiting Professors, Visiting Scholars, and Associate Members must be made by a University of Chicago faculty member. Self-nominations are not accepted.

The Center's most robust visiting scholar program is its Tinker Visiting Professorship, which has brought more than 100 distinguished scholars to teach and conduct research at the University of Chicago since being endowed by the Edward Larocque Tinker Foundation in 1981. These quarter-long residencies allow for collaboration and relationship building with colleagues from Latin America, often leading to joint scholarly events and publications with UChicago faculty, and provide local contacts for graduate students doing fieldwork in the region. Our Tinker Visiting Professorship has opened productive and ongoing dialogue between our faculty and students and a network of distinguished scholars and practitioners in Latin America. 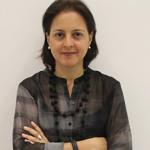 Majluf was director of the Museo de Arte de Lima (MALI) from 2000–2018, and recently held the Simón Bolívar Chair in Latin American Studies at the University of Cambridge. In addition to collection building and infrastructural initiatives at the museum, she developed and oversaw a rigorous lineup of nearly 150 exhibitions of Peruvian and international art. Majluf has authored or coauthored 11 museum catalogues as well as significant essays on nineteenth- and early-twentieth-century Peruvian art, including academic painting, costumbrismo, indigenismo, and early photographic practices. She has lectured widely on Peruvian art and the role of cultural institutions throughout Latin America, Europe, and the United States.
Host: Department of Art History
Course: Making States and Nations: Art and Material Culture in Latin America, ca. 1808-1880

Neumeyer is professor in economics at Universidad Torcuato Di Tella in Argentina. He is a fellow of the Econometric Society, a Guggenheim Fellow, and a recipient of the Premio Konex Platino (2016), a prestigious recognition granted every 10 years to influential academics in Argentina. He has served as chair of the Latin American Chapter of the Econometric Society for two terms (2003–09); a member of the Board of Directors of the Global Development Network (2006–13); and Argentina’s Central Bank’s chief economist (Feb 2016–Jun 2018). His research is in the fields of macroeconomics, international finance, and development and has been published in leading economics journals. He is also the founder of FocoEconomico.org, a leading blog for the dissemination of economics research in Latin America.
Host: Department of Economics
Course: Topics in Latin American Macroeconomics and Development 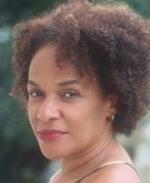 Albuquerque is associate professor in history at the Universidade Federal da Bahia and one of Brazil’s most important historians of slavery, abolition, racialization, and Black intellectual life. She is author or co-author of two monographs, three collaborative books, two edited volumes, and more than twenty articles. Albuquerque’s signal historiographical contribution is O jogo da dissimulação: abolição e cidadania negra no Brasil (2009), in which she painstakingly mined thousands of pages of judicial documentation to uncover the daily processes of quotidian racialization and identity formation. Her co-authored Uma história da cultura Afro-Brasileira won the Premio Jabuti (Brazil’s equivalent of the Pulitzer) in 2010. She has begun to publish in English, contributing to edited collections and the field-defining Oxford Research Encyclopedia of Latin American History. Albuquerque was named to a competitive fellowship at Harvard’s Hutchins Center for African and African American Research in 2015.
Host: Department of History
Course:  Emancipation, Black Intellectualism and Projects of Nationhood in the Era of Brazilian Abolition

The Tinker Visiting Professorship is intended to provide prominent scholars (and other professionals) the opportunity to take up academic residence at the University of Chicago for the purpose of teaching, conducting research, and interacting with faculty and students at the University. Each spring, CLAS collects nominations from interested faculty sponsors; Tinker Visiting Professors must be nominated by University faculty and endorsed by University departments. Direct applications from scholars are not accepted. We solicit nominations approximately 20 months in advance of the year for which we are planning (e.g., Winter 2022 call for nominations and Spring deadline for the 2023–24 academic year). Please contact Natalie Arsenault for more information.