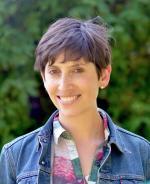 Stefanie Graeter joined CLAS in September 2017. She holds a BS in environmental sciences from the University of California, Berkeley and an MA and PhD in anthropology from the University of California, Davis. Her research in contemporary Peru analyzes lead exposure science and politics as a key nexus of ethical disagreement about Peru’s transnational mining industry, one of the world’s top metal commodity producers. Her book manuscript, Mineral Incorporations, ethnographically conceptualizes contemporary environmental politics and humanitarianism within spaces of presumed ecological ruin; there, profound entanglements of labor and life-making projects expose the limits of prevalent forms of environmentalism and human health. Her work integrates environmental and medical anthropology approaches and engages with cross-disciplinary social science and humanities scholarship on Latin America, racial capitalism, political ecology, religion and ethics, and social movements. At UChicago, she teaches the BA Colloquium in Latin American Studies as well as three courses related to her research interests.

LACS 26417/36417
Toxic States: Corrupted Ecologies in Latin America and the Caribbean
Concepts of purity and danger, the sacred and the profane, and contamination and healing constitute central analytics of anthropological inquiry into religion, medicine, and ecology. This course brings diverse theories of corporeal corruption to bear on contemporary ethnography of toxicity, particularly in order to examine the impact of political corruption on ecological matters in Latin America and the Caribbean. We will both historicize a growing disciplinary preoccupation with materiality, contamination, and the chemical, as well as conceptualize its empirical significance within neo-colonial/liberal states throughout the region. (Autumn 2018)

LACS 26416
Latin American Extractivisms
This course will survey the historical antecedents and contemporary politics of Latin American extractivisms. While resource extraction in Latin America is far from new, the scale and transnational scope of current “neoextractivisms” have unearthed unprecedented rates of profit as well as social conflict. Today’s oil wells, open-pit mines, and vast fields of industrial agriculture have generated previously unthinkable transformations to local ecologies and social life, while repeating histories of indigenous land dispossession in the present. Yet parallel to neo-extractive regimes, emergent Latin American social movements have unleashed impassioned and often unexpected forms of local and transnational resistance. Readings in the course will contrast cross-regional trends of extractive economic development and governance with fine-grained accounts of how individuals, families, and communities experience and respond to land dispossession, local and transregional conflict, and the ecological and health impacts of Latin American extractivisms. (Winter 2019)

Latin American Social Movements
This introductory course for Latin American Studies and Anthropology students focuses on contemporary social movements in the region. The course will introduce students to the historical importance and contemporary significance of social movements across the political spectrum and throughout the Latin American region. The course will draw primarily from anthropological texts, but students will also gain a strong historical and theoretical grounding on the topic. (Spring 2019)

Race, Gender, and Indigeneity in Latin America and the Caribbean
This entry level course will introduce students to the cultural politics of difference in the Latin American and Caribbean region. Through historical and ethnographic texts, this course will survey the ideological formation of race, gender, and indigeneity in the colonial period, how these intersectional concepts transformed during state formation periods, and how theories of human difference impact people in the region today. (Spring 2019)