The Future of Democracy in Brazil 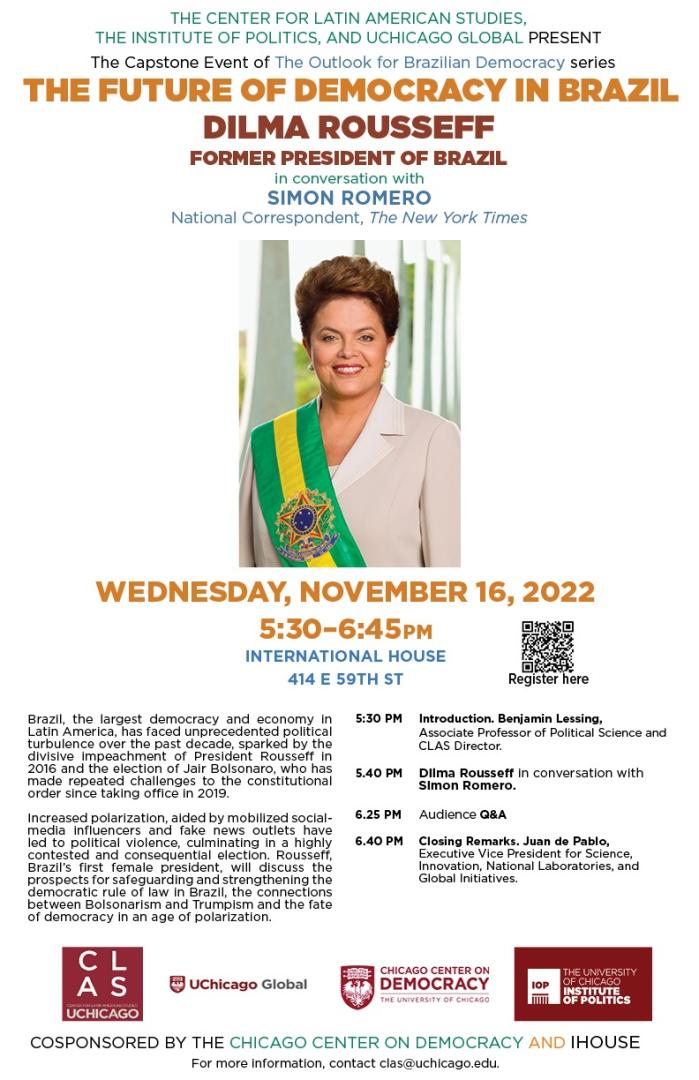 More polarized than ever, Brazil went through a presidential election that proved to be one of the most consequential in its history. The sitting president and Trump ally, Jair Bolsonaro, whose party received the plurality of votes in Congress, recently accepted electoral defeat after days of silence. The elected president, Luiz Inácio Lula da Silva and his Worker’s Party, now part of a broad coalition dedicated to democratic principles, face the task of rebuilding a polarized country’s unity. What are the challenges for Brazil's future, and what are the steps that could be taken in the short and long term to overcome them?

This event is part of The Outlook for Brazilian Democracy series