The Outlook for Brazilian Democracy Series 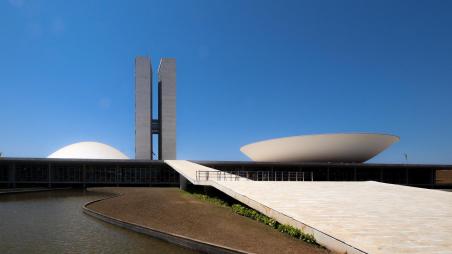 The Outlook for Brazilian Democracy is a series organized by the Center for Latin American Studies at the University of Chicago and co-sponsored by the Chicago Center on Democracy.

This series, organized by CLAS and cosponsored by the Chicago Center on Democracy, seeks to paint a balanced, non-partisan picture of the state of democracy in Brazil today. As the world’s 4th largest democracy, Brazil has been at the center stage of contemporary concerns about the demise of democracy and the rise of fascism.

In recognition of the critical role that judicial activism has played in the fortunes of Brazil in the last decade, the series began with events that focused on the role of the law and the judicial system in pushing back against threats to democracy. The series then took a broader view of issues affecting democracy, including:

With an eye toward the Brazilian elections later this year, these events were designed to situate the current moment within Brazil’s political history, to take the pulse of the Brazilian state and Brazilian democratic institutions today, and to reflect on what the future may hold.

NOV 2022 - The Future of Democracy in Brazil: In conversation with Dilma Rousseff, former President of Brazil

Brazil, the largest democracy and economy in Latin America, has faced unprecedented political turbulence over the past decade, sparked by the divisive impeachment of former President Rousseff in 2016 and the election of Jair Bolsonaro, who has made repeated challenges to the constitutional order since taking office in 2019. Increased polarization, aided by mobilized social-media influencers and fake news outlets have led to political violence, culminating in a highly contested and consequential election. Rousseff, Brazil's first female president, discussed the prospects for safeguarding and strengthening the democratic rule of law in Brazil, the connections between Bolsonarism and Trumpism and the fate of democracy in an age of polarization and more. In conversation with Simon Romero, national correspondent for The New York Times, who previously served as the paper's Brazil bureau chief. This was the capstone event of the Center for Latin American Studies series, "The Outlook for Brazilian Democracy," in collaboration with the IOP and UChicago Global.

OCT 2022 - Brazil at the Crossroads: The Stakes for Democracy

Polarized as never before, Brazil heads into a runoff presidential election on October 30th that will prove one of the most consequential in its history. On one side, sitting president and Trump ally Jair Bolsonaro, whose party received a plurality of votes in Congress. On the other, former president Luiz Inácio Lula da Silva and his Worker's Party, now part of a broad coalition dedicated to democratic principles. What are the challenges under each scenario, and what steps could be taken in the short and long term to meet them? Justice Barroso, who served as president of Brazil's Superior Electoral Court 2020-22, joined CLAS faculty director Ben Lessing in an exclusive, off-the-record conversation.

MAY 2022 - Environment and Democracy in Brazil

Jair Bolsonaro has been called an "environmental villain" and "the world's most dangerous climate denier." However, the disasters of his presidency and the threats it poses must be situated in a longer history of energy infrastructures, land management, and environmental legislation in Brazil. This panel brought together specialists in hydropower, biofuel, agribusiness, and environmental protection to discuss the past, present, and future of the Brazilian state and Brazilian democracy in their relation to the environment. Free and open to the public. Speakers included Nathalia Capellini (Centre for International Environmental Studies - Geneva Graduate Institute), Jennifer Eaglin (Ohio State University), Caio Pompeia (Universidade de São Paulo), and Mauricio Guetta (Instituto Socioambiental).

This event was a discussion on contemporary social movements, plural demands, and democratic politics in Brazil and beyond. We brought together scholars focused on gender equality and reproductive rights, self-housing and urban mobility, conservative and authoritarian trends in social movements, and international networks of organized social action. The purpose was to discuss the role of social movements of different strains in the construction and expansion of Brazilian democracy, as well as the impact of institutional conceptions of democracy on the success of these movements’ activism. Free and open to the public. Guest speakers: Debora Diniz, Rafael Soares Gonçalves, Yanilda González, Isabela Kalil

Sementes: Mulheres Pretas no Poder (Seeds: Black Women in Power) shows the transformation of mourning into struggle. In response to the brutal execution of Rio de Janeiro city councilor Marielle Franco, the 2018 elections turned into the biggest political upheaval led by Black women that Brazil has ever seen. In all states, Black female politicians stood against the growth of fascism in the country. In Rio de Janeiro, Mônica Francisco, Rose Cipriano, Renata Souza, Jaqueline de Jesus, Tainá de Paula, and Talíria Petrone applied for the positions of state and federal deputy aiming for political renewal. The documentary follows these women in their campaigns in 2018, showing that a new way of doing politics in Brazil is possible.

Armed groups supportive of Jair Bolsonaro are stronger and more aggressively political than ever. Police engage in strikes and political activism. Militant "Bolsominion" groups physically bully officials and journalists as civilian gun laws are loosened. The military openly questions the judiciary while winning key government posts. Milicias—paramilitary groups like that which murdered Marielle Franco—are emboldened. How might these threats combine to undermine Brazil's 2022 elections, the peaceful transfer of power, or democratic institutions in general? What can be done now to prevent such worst-case scenarios? Conversation was in English and Portuguese, with live interpretation into English. Free and open to the public.

Read the recap and watch the recording.

JANUARY 2022 - Fair Elections in the Age of Fake News: Lessons from Brazil, with Luís Roberto Barroso

Brazil's Electoral and Supreme Courts have played critical roles in ensuring the integrity of its elections and pushing back on organized disinformation campaigns. Minister Barroso shared his experiences and insights and discussed the implications for democratic resilience in conversation with a stellar panel of UChicago faculty. The presentation was followed by a conversation with:
Brodwyn Fischer (History), Tom Ginsburg (Law School), and Susan Stokes (Political Science/Chicago Center on Democracy). Free and open to the public.

Read the recap and watch the recording.

To build a fragile democracy, permanently at risk of a coup d’état, three ingredients are indispensable: 1. Wear down politics and politicians 2. Weaken democratic institutions 3. Put moral and moralizing discourse above the law and constitutional guarantees. That is the Brazilian scenario today. Diving into the threats to Brazil’s democracy and the unexpected role of the Supreme Court in pushing back, Prof. Streck asks “What is the role of law and institutions in peripheral countries with fragile democracies?” Lenio Luiz Streck is a constitutional scholar and a professor of law at Universidade Estácio de Sá in Rio de Janeiro. Recent publications include The Book of Suspicions: What to Do Now that We Know that Moro was Partial and Suspect? (2020) and Models of Judges: Between Judicial Activism and Fundamental Rights (in English, 2016). This presentation was in Portuguese with simultaneous interpretation in English. Free and open to the public. 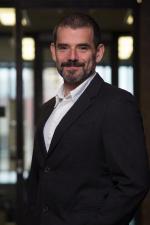 Benjamin Lessing, associate professor of political science at the University of Chicago, studies "criminal conflict"—organized violence involving armed groups that do not seek formal state power, such as drug cartels, prison gangs, and paramilitaries. His first book, Making Peace In Drug Wars: Crackdowns and Cartels in Latin America (Cambridge University Press, Studies in Comparative Politics Series, 2017), examines armed conflict between drug trafficking organizations and the state in Colombia, Mexico and Brazil. Prior to his graduate work, Lessing worked for 4 years as a researcher in Rio de Janeiro, at Viva Rio, Brazil’s largest NGO, and founded its Drugs and Human Security program. Read more about his work at his website. 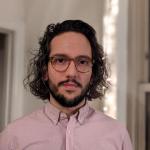 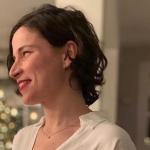 Isabela Fraga holds a BA in Journalism and an MA in Media and Cultural Studies, both from the Rio de Janeiro Federal University, Brazil. Her research focuses on literatures and cultures of slavery of Latin America and the Caribbean, with a specific anchoring in critical race studies, affect theory, and the medical humanities. Her dissertation, titled Subjected to Feeling: Slavery and Personhood in Nineteenth-Century Brazil and Cuba, traces a century-long genealogy of writings concerned with the affective lives of enslaved and free people of African descent in the two most lucrative coffee- and sugar-producing regions of the nineteenth-century Atlantic world. Grounded in close readings of printed and archival sources from Cuba, Brazil, Spain, and Portugal, her project shows not only how colonial and imperial authorities were deeply invested in imagining the inner lives of those they enslaved, but also how Africans and people of African descent responded to such an investment. 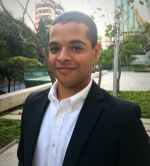 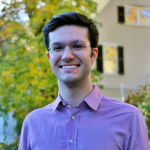 Lopes's research explores the intersection of race, nationalism, and democracy in early 20th century Brazil. Lopes's undergraduate thesis at Harvard interpreted Brazilian sociologist Gilberto Freyre’s Casa-Grande & Senzala as a work of literature that employed the rhetoric of science and myth to postulate Brazil as a Western nation on the world stage. Lopes's current research focuses on early-20th-century Brazilian understandings of democracy and democratic culture in relation to the U.S.